Are You Saving Enough?

More than one in five Americans—or 21%—are not saving any of their annual income, according to a survey from Bankrate.com of 1,000 working American adults. A separate study, meanwhile, shows that only 29%—or 73 million of Americans—say they are financially “strong,” indicating they are spending, saving, borrowing, and planning well financially, according to a 2019 study from the Financial Health Network. More than half—or 54%—instead say they’re “coping,” struggling in some but not all aspects of their finances. 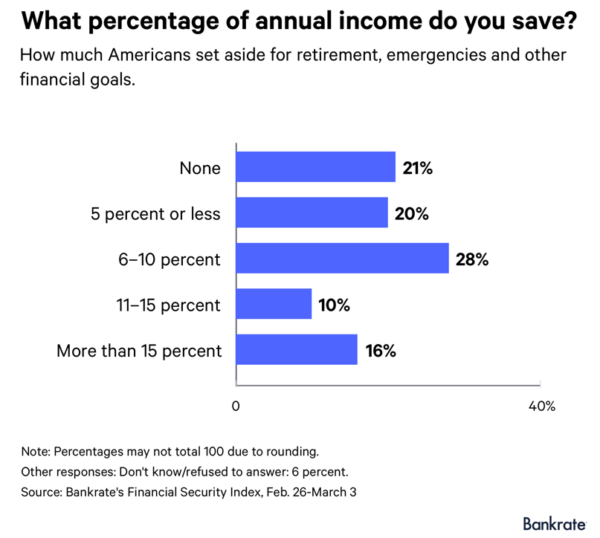 This entry was posted in For Buyers, For Homeowners, For Sellers. Bookmark the permalink.