Buyers Give Fireplaces the Cold Shoulder 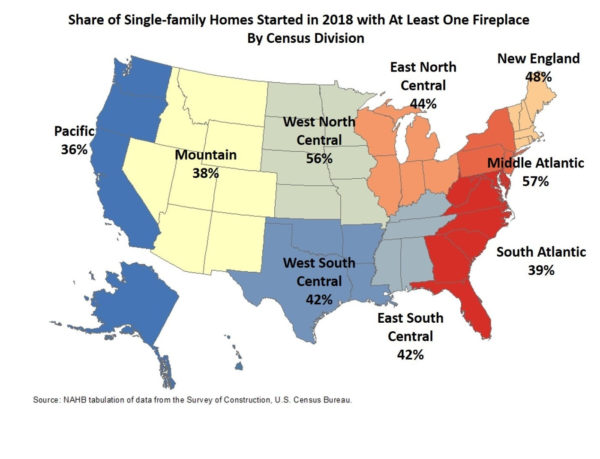 Fewer new homes are being built with a fireplace, a sign the cold-weather amenity is falling out of favor with home buyers. A record low percentage of newly constructed single-family homes—41%—last year included a fireplace, according to an analysis of U.S. Census Bureau data from the National Association of Home Builders. The share of single-family homes with fireplaces has been declining since 2015, the NAHB reports.

“An obvious explanation for the declining trend is that builders are foregoing fireplaces in some of their homes so they can bring them in at prices their customers can afford,” the NAHB reports on its Eye on Housing blog. “Keeping new homes affordable has become a considerable challenge lately.”