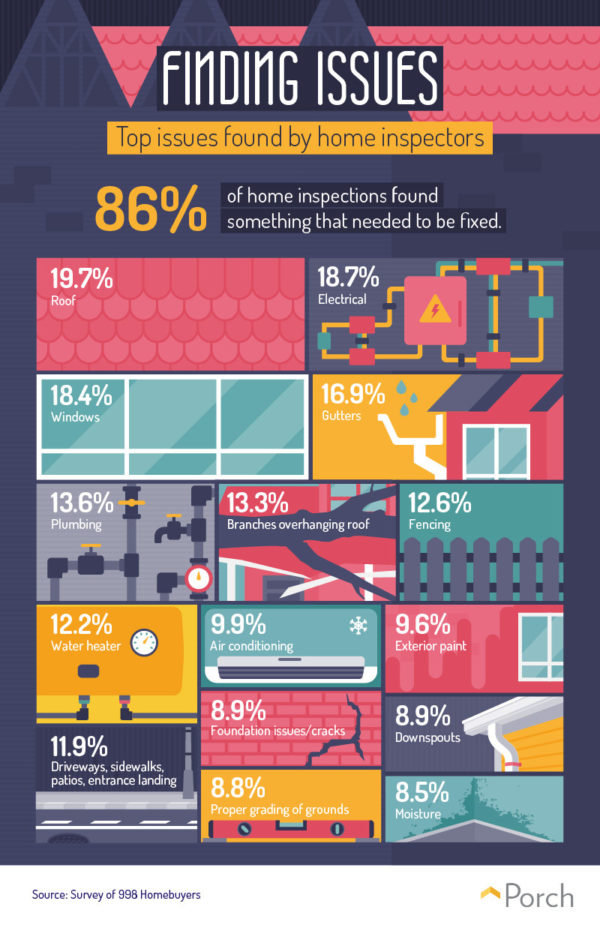 Very few home inspections ever come back completely clear. Indeed, 86% of buyers who recently had a home inspected said their inspector identified at least one problem, according to a new survey from Porch.com, a home remodeling resource, which surveyed about 1,000 buyers who hired a home inspector during their home purchase.

Some of the most common issues uncovered threatened the essential components of a home too. In a fifth of the cases, the home’s roof was a major culprit. Other issues included cosmetic flaws, but also more serious cracks and leaks were found, according to the survey. Electrical problems also were common, and among the most concerning, since they can pose a fire risk, according to the study. Problems with windows also were prevalent, appearing in more than 18% of reports that had issues detected. 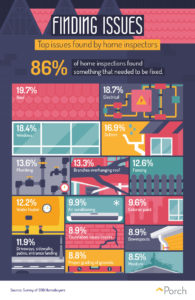